A sign of things to come for the All Blacks?

That's 23 guys who are likely to be holding a medal of some sort by the end of it all. Including no fewer than 3 goalies, at least one of whom may receive no ice time whatsoever, but is still eligible for the gong.

The interesting thing is that only 2/23 currently play for Canadian-based NHL teams. The remaining 21 turn out for US teams. All things being equal, you'd expect 20% of the players to be based in Canada (as 6/30 NHL teams are), but instead we have 9%. The two are Roberto Luongo (Vancouver Canucks) - probably the second-choice goalie - and Jerome Iginla (Calgary Flames).

Now this would hardly be unusual in, say, international football (it's long been noted that Brazil often fields teams without a single member in the Brazilian league). But surely it's just a matter of time before this applies to the All Blacks, too? With most members drawn from European leagues (where they can earn real currencies like Pounds and Euros), with the remainder scattered across Australia and perhaps South Africa?

1. Take can of baked beans (any will do, this ain't a promo) and open.

2. Pour into saucepan and place on element (don't worry about the temp, if they burn you leave the burnt ones stuck to the bottom of the saucepan).

3. Place 2 slices of bread into toaster (any bread will do, even stale bread is OK as the cooking process will dry the fuck out of the bread anyway).

4. Butter toast and place on plate (cutting toast at this point or after beginning consumption is optional).

The only flag we need 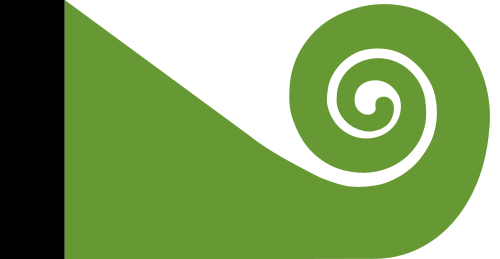 Compliant media trots it out, deux

And here it is, not a moment too soon, but as sure as the sun rises in the morning:

Surge in Eftpos, credit card purchases up to Christmas

A mere 15 days after Shoppers remain cautious as Christmas approaches.

Bloody hell, that dragged on and I was fast-forwarding through most of it thanks to MYSKY.

Here's the Pools along with the current fifa rankings to give an idea of which pools really are strong. The number on the left is their total ranking points and I've re-sorted them so the toughest pool is top and the weakest pool is at the bottom. It can be a bit deceiving because some names look imposing but the current team isn't so flash and some teams have never done anything but are ranked quite highly.

So looking at all that NZ is in the weakest group but that's largely because we are in it. In saying that though we have the lowest ranked European team in Slovakia and the 5th ranked South American team with only Honduras ranked lower. We have drawn the current WC champions and they'll probably put 6 past us but they aren't the best side in the world at the moment, ranked 4th.

For me the toughest group is Group G where you have 3 teams ranked in the top 16, with Brazil, Portugal and the Ivory Coast up against N Korea. It will be a 3 horse race but those 3 horses are tough as fuck and there's the added fact that N Korea will be beaten to death if they don't get a point somewhere. Not actually true but people will make that joke constantly for the next few months. Provided they put up some respectable efforts they will be allowed back home no probs.

Group A may also be tricky because you have 3 highly ranked sides (France, Uruguay and Mexico) up against the hosts S Africa. S Africa are absolute mud at the moment but with a huge home crowd cheering them on they will grow another leg, plus the ref probably won't be too stiff on them. France would have been stoked to get in that pool but remember what happened in 2002 when they went as reigning champs? No goals in 3 matches and an exit faster than they arrived.

I guess now things will turn to who wants to play who in the warm up matches. I'm sure the NZ officials will be tapping Germany on the shoulder who have drawn Australia. At the last WC in Germany the Brazilians lined up NZ in a warmup game so they could get an idea of the style that they would come up against in the group game v Aussie. So Serbia and Ghana would be other sides who might be interested in playing us. Meanwhile Italy, Paraguay and Slovakia will probably all be asking Aussie for a showdown. Though Italy played us not too long ago and learnt that we aren't as shit as you'd expect. Though still pretty shit.